Cryptocurrencies are Clearly Shaking the System

Financial technologies such as digital currencies are “shaking” the banking system and must be monitored to maintain stability, according to the head of the International Monetary Fund. 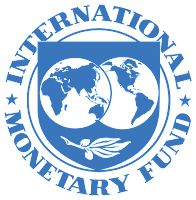 Speaking to CNBC on Wednesday, IMF " International Monetary Fund "  Managing Director   Lagarde pointed to the changing business models of commercial banks as evidence that innovations like cryptocurrencies are having a clear impact on financial sector incumbents.

“I think the role of the disruptors and anything that is using distributed ledger technology, whether you call it crypto, assets, currencies, or whatever ... that is clearly shaking the system,” she said.

The IMF boss warned that such financial industry changes must be accompanied by regulation.

“We don’t want innovation that would shake the system so much that we would lose the stability that is needed,” she said.
Start-ups and big tech companies alike are increasingly eyeing the banking sector as a multitrillion-dollar market ripe for disruption. Facebook is reportedly developing its own cryptocurrency and Apple released its own credit card in partnership with Goldman Sachs last month.

Banks have responded with their own attempts to embrace new technology. JPMorgan is trialing a digital token called “JPM Coin” that would instantly settle payments between clients and Goldman Sachs is expanding its digital retail bank called Marcus overseas.

“They will have to be held accountable so that they can be fully trusted,”

she said.
Lagarde’s comments followed a panel discussion at the IMF Spring Meetings in Washington examining how money and payments are changing around the world. She has previously encouraged central banks to examine digital currencies in order to keep up with changes in the financial landscape.

Many digital currencies like bitcoin are “decentralized,” meaning they are not controlled by a central authority.


All Credits to Elizabeth Schulze from CNBC