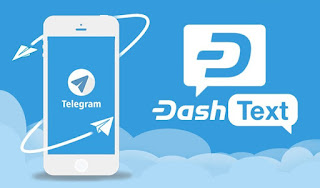 The service that has become popular and that allows people to send money through text messages has now launched its integration in Telegram, both in Venezuela and in Colombia, making its service even more accessible to the general public.

Its launch occurs after beta tests two months ago that had the goal of solving errors. Lorenzo, CTO and co-founder, explains why they sought integration with Telegram in addition to normal SMS text messaging.

"Telegram is the second most popular chat application in Venezuela, and it is especially popular with people who are interested in cryptocurrencies. There are also many people who have cheap and / or old smartphones that do not reliably support wallets because of memory problems. Dash Text on Telegram allows you to use Dash without needing to install another application, because you are already using Telegram. In general, we believe it is a great channel to open and expand the accessibility of Dash ».

Lorenzo went on to explain that the simplicity and ease of use of Dash Text help him stand out among other competing wallets and also justify their existence.

"Dash Text is so easy to use that it has become very popular, but I do not think it's a matter of popularity to be honest, it's more a matter of accessibility, some people just can not use the applications, they do not have the hardware to do it . However, what is certain is that if you are going to show someone Dash for the first time, Dash Text is the easiest way to do it, so even if they have a decent smartphone, you can show them Dash quickly without having to download something, get excited and then download Dash's wallet if they wish, which is great to make people join in its use. "

Overcoming obstacles to give monetary freedom to consumers

When a user wishes to use Dash Text in Telegram for the first time, they will automatically link to their Dash Text wallet if they already have one, and if not, a new wallet will be created for them. Dash Text is growing rapidly because they recently expanded to Colombia and have Mexico, Spain, Peru, Ecuador, Panama, Argentina, Chile and the United States in their list of expansion areas, since they are key markets for remittances.

However, the Dash Text team also planned to launch an integration in WhatsApp, since this messaging service is also very popular in their region, but WhatsApp banned cryptocurrency transactions in its platform. It is anticipated that this will be an anti-competitive movement, as there are strong rumors that Facebook, the owner of WhatsApp, plans to launch its own cryptocurrency. This fact disappointed Lorenzo, but it did not surprise him.
"Honestly, it did not surprise me so much, as soon as I heard that Facebook was developing its own cryptocurrency, I figured that at some point they would try to stifle competition in their own applications, but I did not think this would happen in a couple of years, so still We thought it was worth opening that accessibility channel. Telegram is a much friendlier platform with the crypts and it is also a non-profit organization, so I do not see them doing something similar ».
Dash Text is not the only one affected since CoinText, which also allows cryptocurrency payments through SMS, also had to cancel its launch plans. While Facebook denies the integration of cryptocurrencies in its platform, it limits the scope that the community can have to help those who need it most, also demonstrating the need for more decentralized and independent service providers. Therefore, Dash is finding as many points of contact as possible to reach as many people.

Dash looks for new and innovative ways to reach consumers

Cryptocurrencies were created to help people who live marginalized from the current monetary and financial system, but many of these people (60% of Venezuelans and 59% of Colombians) can not even buy a smartphone, the device where Most of the cryptocurrency wallets are found. As a solution, Dash Text allows these people to easily send and receive independent money on their basic (non-smart) phones knowing that their payments are secured through the robust Dash network and that they can be used in more than 2,000 Venezuelan stores and more. of 300 in Colombia. Additionally, these cryptocurrency payments via SMS text message greatly reduce the cost of sending remittances. Then, in Colombia, Dash teams are using a completely different method to achieve adoption and provide consumers with different ways to spend and accept Dash. The ability of the Dash network to finance these projects in a decentralized manner helps ensure that consumers are getting the best product.
Credits to: Justin Szilard via Wilmar Toro