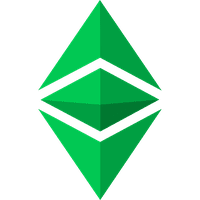 At the 8,750,000 block level, the Ethereum Classic (ETC) block chain will be branched to add new functions to its protocol. After the update, scheduled for the first week of September, the network will adopt some characteristics of the Ethereum Virtual Machine (EVM), added after the bifurcation of this network, Byzantium.

Despite the importance of this update for the network, end users should not perform any tasks although other members of the community such as exchange houses, miners, purse operators should update their nodes to the client version that includes the ECIP 1054

In addition to the addition of some added features Ethereum (ETH) after its Byzantium bifurcation, Atlantis will also include a change in the formula for the adjustment of the mining difficulty, so that the generation time of the blocks allows the inclusion of the Uncle blocks (uncle blocks) when counting blocks of the network, allowing to establish a constant rate of blocks in the network.

The update will ensure a high level of predictability in the emission of ETC, ensuring that this process of creating new currencies can not be manipulated with variations in the creation of uncle blocks. Uncle blocks, although they are not added to the chain, mean a reward for those who mine them.

"The proposed change to the difficulty formula ensures that the difficulty adjustment algorithm is directed to a constant average rate of blocks produced, including uncles, and thus ensures a highly predictable emission rate, which can not be manipulated when manipulating Uncle block rate, "reads the formal bifurcation proposal.
Translated from spanish, Credit to CriptoNoticias