Dissenter Browser & Gab Social.
The Comment Section of the Internet. 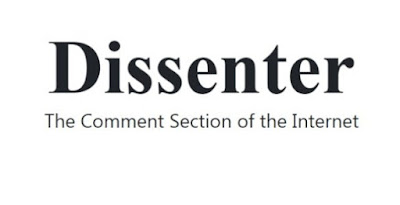 On February 24, 2019, Gab launched a browser extension and website called Dissenter, which allows users of Gab to make comments about any webpage including news articles, YouTube videos, and individual social media posts. It is a social news aggregation and discussion service, created to allow commenting on any webpage outside of the site owner's control..
"As a now this extention was blocked by all mayor browser". 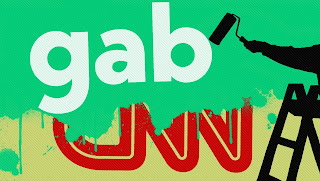 Dissenter describes itself as "a free, open-source utility that allows people to dissent from orthodoxy and express what they are really thinking, without fear of reprisal". It was developed as a response to multiple social media platforms' and online news sites' moderation practices, which involve removal of individual comments or deleting or disabling comment sections altogether. Users with registered Gab accounts may submit content to Dissenter in the form of a URL to a page on which they want to comment. This creates a discussion page where users can post a comment (or "Dissent"), and the comments can be up- or down-voted by other users of the site. By using the Dissenter browser extension, users may read and post comments in an overlay while viewing page content. The Dissenter website also features a news ticker on which users can follow current events.

Shortly after its launch, fans of British far-right activist Tommy Robinson began using Dissenter to comment on a BBC article about Robinson's ban from social media websites following the removal of Mohammed's Koran, by Robinson and Peter McLoughlin, from Amazon. After Rotten Tomatoes announced that it would be removing its comment section on their review page for the Captain Marvel film due to concerns that trolls had planned to flood it with negative reviews, users of Dissenter used it to comment about the movie and Rotten Tomatoes' decision to remove comments.

In February, Andrew Torba said that he expected Dissenter to be banned from extension stores, and mentioned that Gab might build its own web browser in the future that has Dissenter built in. (which it was release by today's day). On April 10, Mozilla removed the Dissenter extension from the Firefox Add-ons website for violations of Mozilla's acceptable use policy that prohibits hate speech. In a statement to the Columbia Journalism Review, a Mozilla spokesperson said "Mozilla does not endorse hate speech, and we do not permit our platforms to be used to promote such content." On April 11, Google removed the Dissenter extension from the Chrome Web Store.

Ana Valens of The Daily Dot wrote, "Dissenter isn’t doing anything new for the internet. It’s just an extension for the alt-right, one to help them mobilize against journalists, critics, and progressive websites." In March 2019 Engadget called Dissenter "a far-right comments section on every site" and Gab's "latest attempt at attracting fringe voices", and Izabella Kaminska wrote in the Financial Times, "There is a clear demand for this sort of freedom. Some argue the concept is therefore a billion dollar idea with the potential to completely disrupt conventional media's control of its comment real estate.".

The company turned to cryptocurrency payment processing services after being rejected from PayPal and Stripe in the aftermath of the 2018 Pittsburgh synagogue shooting. In January 2019, Coinbase and Square, Inc.'s Cash App closed the accounts held by Gab and Andrew Torba. On January 22, 2019, Gab announced that it had partnered with Second Amendment Processing (SAP), a Michigan-based payment processor. Gab removed SAP's credit card payment functionalities in March 2019, only accepting payment via cryptocurrency or check. The same month the Southern Poverty Law Center (SPLC) published an investigation that found that SAP's founder had been convicted of financial crimes in 2007. Gab has not said why it removed the payment processor.

The SPLC reported on January 24, 2019, that Gab has misrepresented its services and bloated its user count in its filings and promotional materials. The GabTV service advertised on its StartEngine crowdfunding page as of January 2019 was only active very briefly in early 2018, and also as of January 2019, the dedicated page for the service is blank. Unlike other social media companies, Gab did not publish the count of its active users in 2018, and only reported registered accounts. Social media intelligence company Storyful found 19,526 unique usernames had posted content during a seven-day period between January 9 and January 16, 2019, far lower than Gab's claimed 850,000 registered users. Users of the site commonly mocked Torba for the site's emptiness, with some accused him of inflating user numbers. In a December 2018 filing the company reported that 5,000 users are paying for its subscription services.

The Dissenter plug-in, which goes by the tagline “the comment section of the internet”, allows users to discuss any topic in real-time without fearing that their posted comment will be removed by a moderator. The plug-in failed to pass the review process of Mozilla and is now disabled for Firefox users. But, the users who have already installed the plug-in can continue to use it. 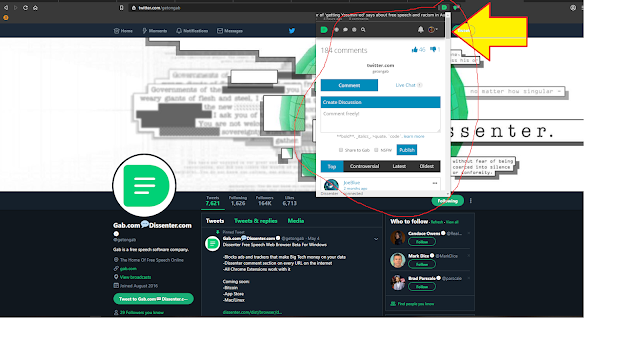 After getting deplatformed, the Dissenter team has come to the conclusion that the best way forward is to create their own browser. They are thinking of forking Chromium or the privacy-focused web browser, Brave. “That’s it. We are going to fork Chromium and create a browser with Dissenter, ad blocking, and other privacy tools built in along with the guarantee of free speech that Silicon Valley does not provide.”

A Redditor added, “While Facebook, Reddit, Twitter and now Mozilla may think they’re doing a good thing by blocking what they consider hateful speech, it’s just helping these people double down on thinking they’re in the right. We should not be afraid of ideas. Speech = violence. Violence is violence. With platforms banning more and more offensive content and increasing the label of what is bannable, we’re seeing a huge split in our world. People who could once agree to disagree now don’t even want to share the same space with one another. It’s all call out culture and it’s terrible.”

Many people think that this step is nothing but a step towards mass-censorship. “I see it as an active endorsement of filter funneling comments sections online, given that despite the operators of Dissenter having tried to make efforts to comply with the terms of service Mozilla have imposed for being listed in their gallery, were given an unclear rationale as to how having “broken” these terms, and no clue as to what they were supposed to do to have avoided doing so,” adds a Reddit user.. 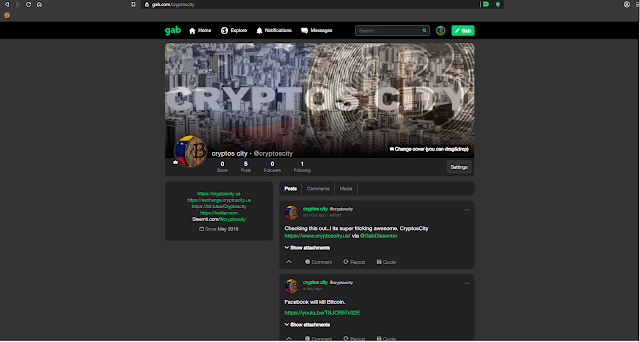