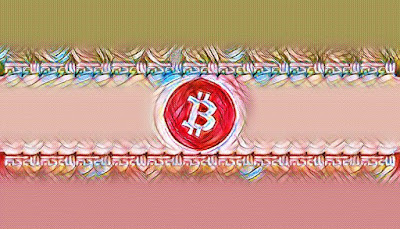 The Iran economic commission has approved a cryptocurrency mining regulatory mechanism. This is according to an announcement made by the nation’s Chamber of Commerce. The long-awaited framework is set to be tabled in parliament for formal consent and ratification as a law.


The Iranian government is slowly embracing cryptocurrencies which are now being seen as a viable means to circumvent crippling sanctions imposed by the Trump administration. This is following the U.S. government’s unilateral withdrawal from the Iran nuclear deal.
The U.S. instigated embargo prohibits companies registered within its areas of jurisdiction, countries such as China, and those within the E.U. from dealing with Iranian firms. The United States administration has also pressured international financial networks such as SWIFT to block the country from their systems.
The United States government has demonstrated its intransigence on the matter by slapping some major multi-national companies with sanctions. Zhuhai Zhenrong Limited, a Chinese state-run company is among the latest casualties. This latest development has drawn some bellicose remarks from the Chinese authorities amid escalating tensions.
Such actions have forced some organizations such as the E-3 nations to develop an independent financial mechanism that connects to the Iranian economy. The system, however, also has its drawbacks.
Dubbed INSTEX, it was jointly developed by Germany, France, and the United Kingdom and was recently proclaimed operational. The U.S. has already threatened to place sanctions on countries involved in the project.
To solve such issues, Iran is reportedly developing its own cryptocurrency which is said to be backed by gold. According to local news outlet Mehr News, the network is set to be launched soon.
Of course, there are some considerable hurdles to overcome for the country to successfully use cryptocurrencies for trade. As in the Venezuelan situation, a rising inflation could suppress the benefits. Recent statistics estimate the inflation rate in Iran to be around 50 percent.
In many related cases, the general populace tends to use cryptocurrencies such as bitcoin as a store of value and not as a medium of exchange. Lack of technological know-how also slows down adoption.
That said, however, the Iranian populace is increasingly embracing cryptocurrencies. Subsequently, peer-to-peer platforms such as LocalBitcoins are gaining popularity.
Its crypto mining industry is also taking off due to the abundance of cheap energy resources. Miners from countries such as China are flocking in to take advantage of low energy costs. The electricity consumption price-rate in Iran is currently at about $0.03 per kilowatt-hour.
Iran is looking to regulate the crypto mining sector and have miners contribute to the local economy. A proposal to charge export rates is already being considered.
Details of the just-approved mining industry framework have yet to be released.