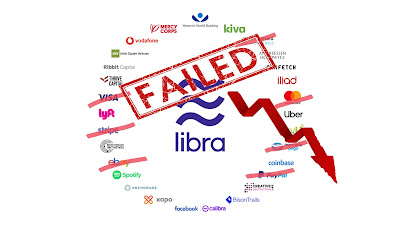 A November 15 blog post by Libra project developers detailing testnet developments has apparently failed to impress government regulators and influential voices in the space alike. CEO of blockchain company R3, David Rutter, commented at a London conference last week that “what they did was ridiculously stupid,” going on to call the announcement and approach of the project “naive.” The U.S. Congress is concerned as well, with members proposing a new bi-partisan bill Thursday, which seeks to classify the asset as a managed stablecoin security.


Libra Testnet Developments
The most recent Libra developers update notes that the testnet “has logged more than 51,000 transactions since we reset the testnet on September 17, 2019.” The blog post further details that the dev community has launched 10 wallets, 11 blockchain explorers, 2 IDEs, 1 API and 11 clients. “Until we launch mainnet, the best and fastest way we have to demonstrate Libra network functionality and provide early access is through our pre-mainnet. Pre-mainnet, a version of testnet available to Libra Association members, makes it easier and faster to test, troubleshoot, diagnose, and resolve software edge cases,” the update elaborates. Pre-mainnet currently has 7 deployed nodes and 14 in-process nodes, with a goal “to deploy 100 nodes on the mainnet, representing a mix of on-premises and cloud-hosted infrastructure.”

R3 CEO Criticizes Libra’s Actions
For all the developments that seem to be taking place in the Libra camp, some voices remain critical of the project’s bold announcement and entrance onto the scene last summer. Financial News London quotes R3 CEO and founder David Rutter as saying:

I think what they did was ridiculously stupid. The way they rolled it out… Yeah, you know it was just so… It was just so in your face. There’s a lack of understanding.

Rutter goes on to remark “When we saw [Facebook] talking about doing a basket of currencies with weighting, in reality when we want to translate that back to real-world currencies it’s not simple.” The ongoing saga of Facebook’s struggle against regulatory bodies, especially in the U.S., seems to underscore Rutter’s concerns with a series of congressional letters, hours-long hearings, and criticism from top government officials. This trend continued Thursday with a proposal from lawmakers to classify libra as a security, which could undercut the stated aims of the project.

Proposal for Classification of Managed Stablecoins as Regulated Securities 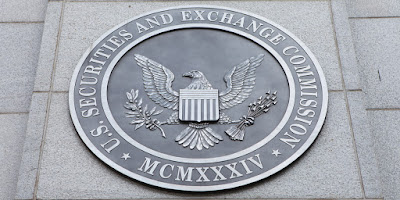 While the head of the Libra project for Facebook, David Marcus, has toyed with the idea of possibly utilizing stablecoins in the past, the newly proposed “Managed Stablecoins are Securities Act of 2019” probably is not what the group had in mind. Sylvia Garcia (D-Tex) and Lance Gooden (R-Tex) introduced the bill on Thursday, which would “establish the treatment of managed stablecoins under the securities laws.” Garcia reportedly named libra in a statement about the bill, affirming that libra and managed stablecoins “are clearly securities under existing law.”
With many highly prominent members of the Libra Association having already dropped out of the project, the proposal presents even more potential difficulty. Marcus has spoken against the notion that Libra should be regulated as a security previously, comparing it loosely to a platform like Paypal, and increased regulatory scrutiny from the SEC would likely make the project’s aim for large scale financial inclusion much more complicated.


What are your thoughts on Rutter’s remarks and the newly proposed legislation? Let us know in the comments section below.