Facebook Libra, Bitcoin and US Gob. What it has in Common ?

Bitcoin’s digital gold, but Facebook’s Libra is the digital dollar here’s why that matters. 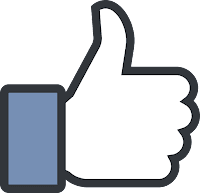 On Jun 2019 the social media giant Facebook unveiled plans for a new cryptocurrency called Libra, backed by a host of companies including Visa and PayPal, that would function as a digital payment on its platform. Other project partners include eBay, Uber and Spotify, indicating that Libra may eventually be accepted as payment on their platforms as well. 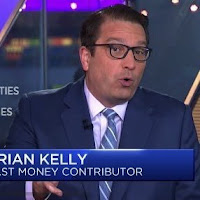 Many experts, including bitcoin bull Brian Kelly, see the move as a validation of the rise of cryptocurrencies.  But Kelly, founder and CEO of BKCM and resident bitcoin expert on CNBC’s “Fast Money,” said there are some crucial differences between Libra and a cryptocurrency like bitcoin.

“This is really the main difference: what Libra is doing is creating a digital version of the U.S. dollar, yen, euro. It’s like a stablecoin, but you still have all the characteristics of a fiat currency,” Kelly said Tuesday on “Fast Money.” “Bitcoin is ... digital gold. And, in my opinion, it’s probably a lot better than gold, but there is no trusted third party involved, and that’s the huge difference.”

In mean time a month later on the Senator Hearing.  Senators aren’t sold on Facebook’s Libra project...
“Like a toddler who has gotten his hands on a book of matches, Facebook has burned down the house over and over, and called every arson a learning experience,” Brown said. “We would be crazy to give them a chance to experiment with people’s bank accounts, and to use powerful tools they don’t understand, like monetary policy, to jeopardize hardworking Americans’ ability to provide for their families.”

Marcus did his best to allay those concerns, laying out a comprehensive plan for how the Libra Association and Calibra wallet would fit into existing financial regulations. He also reassured the committee that, while the Libra Association is headquartered in Switzerland, it will abide by US financial regulations, including registering under FinCEN and abiding by the OFAC sanctions list. “In the US, there are a number of regulators that we’re engaged with,” Marcus told the committee, “and we’re also engaged with the G7 working group that includes finance ministries and central banks.”

Now we have Libra out the way, lets start with bitcoin, let also go back to 2017.  From $900 to $20,000: Bitcoin’s Historic 2017 Price Run Revisited.  Investors Cameron and Tyler Winklevoss first filed to launch a bitcoin exchange-traded fund back in 2013, setting the stage for a multi-year journey that led to the March 2017 rejection by the U.S. Securities and Exchange Commission (SEC). 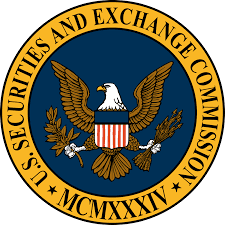 And while the SEC has since moved to review that decision – a process that is still pending – markets at the time reacted poorly, perhaps because some were betting that the U.S. regulator would approve rather than shoot down the proposed ETF.  And them.... The Wall Street's Mafia start talking about Bitcoin all over the Media, people start talking about it and start learning and invested, right the way they want it too, so price bloom on December 2017 and touching the 20K for one Bitcoin "BTC".
And what happen CME came out me the great idea to present Bitcoin Futures, the same platform they had been denying for years to other platform, see the chart and tell me what you see..? 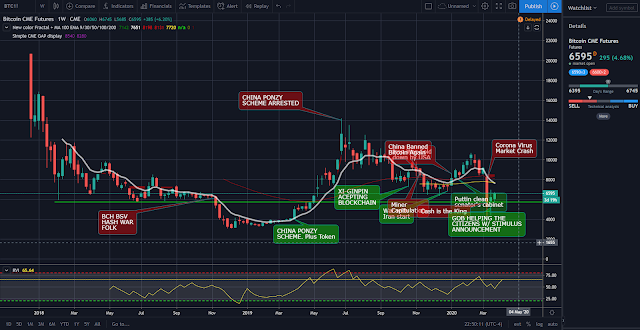 Of course retail people thought that this is better for BTC, we all knew prices with MOON, but not... the Mafia's Ideas was to created Hopium and Lambo to short Bitcoin and fuck all the retails, I was in there too.  Since there as you can see in the chart the Lambo become a bicycle if you were lucky enough to take your loses at 10k.  Since them many many many complanies had all BTC ETF denied, I wonder why.? Just one more ETF was approved of course the're Compadres from NYSE "ICE" and the new platform start BAKKT, what happen after that ? another Moon and Lambo ? NOP.  Prices keep tanking and by them if you still have the bicycle needed to sell it in order to withdrawn your last $10 of the $100 you start with.
Why Am I said all these.? The way I see it is that the US Gob had been trying to make the're own digital currency so they don't have to print more money  "Remember the paper of the bill is more spencer than the bill value itself", so the Gob need to eliminate any competition.  To make this shorter, how they came change the financial system that had been for hundred of years?

Easy, they do what they always do. Create panic somehow, the panic now it call Coronavirus "COVID-19" which susposely is a regular flu that had been alive forever, mutated with HIV and who knows what else. OK now let forget about the conspiracy and think a little bit deeper.  US Senator and the FED are ok with printing all the money in the world, even they said: We have infity equitity or something like that. lol.  This Virus spreaded way to fast and there is not time to print that much money and such a short time, so lets do the plan B that it had been in the table for years, lets create a Digital Dollar.

Proposed legislation meant to shore up the U.S. economy during the coronavirus pandemic includes a recommendation to create a digital dollar.  This virtual greenback would help individuals and families survive the shutdown of businesses and series of “shelter-in-place” orders which resulted in skyrocketing unemployment claims and a potential severe recession.  Under the draft bills shared last week, dubbed the “Take Responsibility for Workers and Families Act” and the “Financial Protections and Assistance for America’s Consumers, States, Businesses, and Vulnerable Populations Act,” the Federal Reserve – the nation's central bank – could use a “digital dollar” and digital wallets to send payments to “qualified individuals,” consisting of $1,000 for minors and $2,000 to legal adults.  Both bills employ identical language around the digital dollar suggestion.
“The term ‘digital dollar’ shall mean a balance expressed as a dollar value consisting of digital ledger entries that are recorded as liabilities in the accounts of any Federal Reserve bank; or an electronic unit of value, redeemable by an eligible financial institution (as determined by the Board of Governors of the Federal Reserve System),” the bills read.  The Fed would likewise be in charge of the digital wallets, maintaining them for recipients.  Neither bill indicates that the program would use a decentralized ledger or any sort of cryptocurrency project. However, digitizing the dollar in general is seen by many influential figures as a necessity for the U.S., with former Commodity Futures Trading Commission J. Christopher Giancarlo and economist Judy Shelton – who U.S. President Donald Trump has nominated to the Fed board – both claiming the nation may lose its financial hegemony if it fails to do so.
Fed member banks can also maintain something called a “pass-through digital dollar wallet,” according to the draft bills, and recipients would receive “a pro rata share of a pooled reserve balance” held by the member.  The bill follows Representative Rashida Tlaib's (D-Mich.) unveiling of the “Automatic BOOST to Communities Act,” which would provide any individual in the nation a pre-loaded debit card. The card would initially hold $2,000 and be given an additional $1,000 until one year after the COVID-19 pandemic is contained.  Under Tlaib’s bill, the U.S. Mint would issue two $1 trillion platinum coins, which the Fed would purchase using credit. 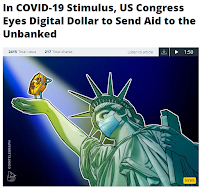 A digital dollar for direct payments to families A draft of the legislation circulating as of March 23 proposes the creation of digital wallets for U.S. citizens to be maintained by the Federal Reserve within a section entitled “Direct Stimulus Payments for Families.”   The section envisions $2,000 monthly payments to every adult earning less than $75,000 a year, at which points the payments taper off. These payments would last until the economy recovers.  While the proposal does indicate the option of providing checks, it would require member banks of the federal reserve to maintain digital dollar wallets for all clients.
Please don't listen to me or my conspiracy, but if you have something better to add or correct me, please let us know above on the comments section, this is soly my opinion and more likely i'm wrong... Do I ?
thank you for reading and subscribe.
CryptosCity.us