Who Benefit with a Pandemic ?

There is many question in why a Pandemic is so bad for some people but at the same time is so good for some investor and also why not "THE ELITE".
I wonder is all these was plan? it sound crazy but if you see it with other perspective (as investor), it will benefit a lot of people specially the one controlling the World.
Lets start with this simple Magazine call "The Economist" by the end of 2018, they always by the end of every year they make the Magazine's Cover with crazy sign of what its coming.  for example this one: one the lower left you can see a pangolin, why is this animal in this cover? what does that mean? why on 2019?, let see it this way...
As you can see the picture below it said nothing, just a drawing of it.  Now I was looking and comparing this animal with the corona virus and found this.

Medical News Today has recently published an extensive feature on the new virus, explaining that some of the most common carriers for coronaviruses are bats.
However, bats are unlikely to transmit the virus directly to humans, so, as with most similar viruses — such as SARS and MERS — an intermediary animal is usually the one responsible. For SARS, this was the civet cat, while dromedaries helped spread MERS.When contacted by MNT a few days ago, The World Health Organization (WHO) said they did not yet know the specific source of the novel coronavirus.“Researchers in China are studying this but have not yet identified a source,” they said at the time.Only a few days later, researchers Shen Yongyi and Xiao Lihua of South China Agricultural University in Guangzhou announced in a press conference that they might have identified the pangolin as the source of the virus.The announcement, “Pangolin is found as a potential intermediate host of new coronavirus in South China,” can be found on the university’s website.
Now getting this out the way let us see the another side of the coin, there is a Fairly new company call Moderna INC.  Let dig a little bit about it.

Welcome to Moderna. We believe mRNA is the “software of life."

Every cell in the body uses mRNA to provide real-time instructions to make the proteins necessary to drive all aspects of biology, including in human health and disease.  Given its essential role, we believe mRNA could be used to create a new category of medicines with significant potential to improve the lives of patients.  We are pioneering a new class of medicines made of messenger RNA, or mRNA. The potential implications of using mRNA as a drug are significant and far-reaching and could meaningfully improve how medicines are discovered, developed and manufactured. Since our founding in 2010, we have worked to build the industry's leading mRNA technology platform, the infrastructure to accelerate drug discovery and early development, a rapidly expanding pipeline, and a world-class team. Our pipeline includes development candidates for mRNA-based vaccines and therapies spanning several therapeutic areas, and we have multiple clinical trials underway with other development candidates progressing toward the clinic. In addition, we have numerous discovery programs advancing toward development. 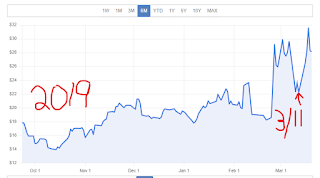 You can see in the Picture when Moderna's Stock suddenly start blooming and also will see who is begin..  If you remember the Global Pandemic was announced on March,11-2020.  You so do the math.!

The Leader of the Pack .!
The list of companies that are scrambling to develop vaccines for immunizing against COVID-19, the disease caused by the novel coronavirus that's now a pandemic sweeping across the world, reads like a "who's who" of the pharmaceutical industry. There's Johnson & Johnson, the biggest healthcare company on the planet. Big pharma companies including GlaxoSmithKline, Pfizer, and Sanofi are also in the race, as are small biotech Inovio Pharmaceuticals and Novavax.
But the leader of the pack, for now at least, is none other than Moderna. The company announced on Jan. 23 that it received funding from the Coalition for Epidemic Preparedness Innovations (CEPI) to develop a messenger RNA (mRNA) vaccine against the novel coronavirus. Moderna collaborated with the National Institute of Allergy and Infectious Diseases (NIAID), which is part of the National Institutes for Health (NIH), to design its experimental mRNA vaccine. 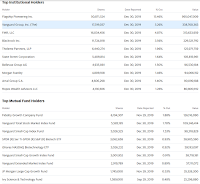 Also Here you can find some of the biggest actively investor well known on the Global Market.

THE WORLDS BANK PANDEMIC BONDS.
Washington, DC, June 28, 2017 – The World Bank (International Bank for Reconstruction and Development) today launched specialized bonds aimed at providing financial support to the Pandemic Emergency Financing Facility (PEF), a facility created by the World Bank to channel surge funding to developing countries facing the risk of a pandemic.
This marks the first time that World Bank bonds are being used to finance efforts against infectious diseases, and the first time that pandemic risk in low-income countries is being transferred to the financial markets.
The PEF will provide more than $500 million to cover developing countries against the risk of pandemic outbreaks over the next five years, through a combination of bonds and derivatives priced today, a cash window, and future commitments from donor countries for additional coverage.
The transaction, that enables PEF to potentially save millions of lives, was oversubscribed by 200% reflecting an overwhelmingly positive reception from investors and a high level of confidence in the new World Bank sponsored instrument. With such strong demand, the World Bank was able to price the transaction well below the original guidance from the market. The total amount of risk transferred to the market through the bonds and derivatives is $425 million.
Now that we know a little more about how this is going let see some News Titles since February when still not a Official Pandemic Announce.
Feb,19-2020
1.- World Bank Pandemic Bond under PRESSURE as CoronaVirus Spread.

And to end my article I will leave you with just two question:
1*- Why we are making such a Big Fuzz this time when there is child dying everyday by thousand and we can control it, but again nobody do nothing.
2*-  Deep inside, do you think this is natural spread or some people did it to benefit and make more millions for the're group?
Look the Picture and check the link "read it and analize it" and think twice before answer my questions. 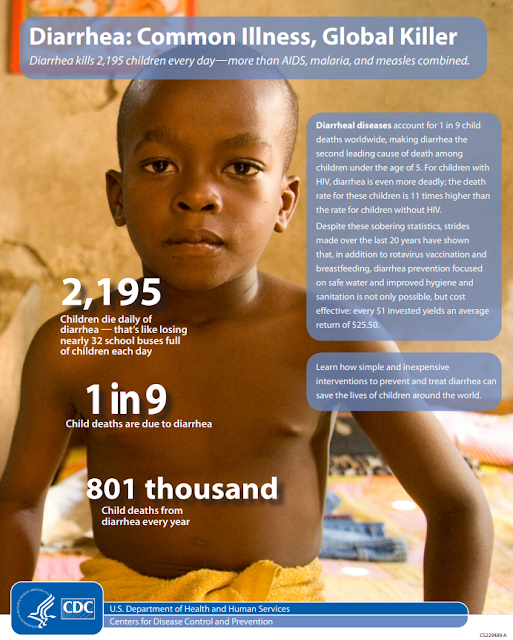